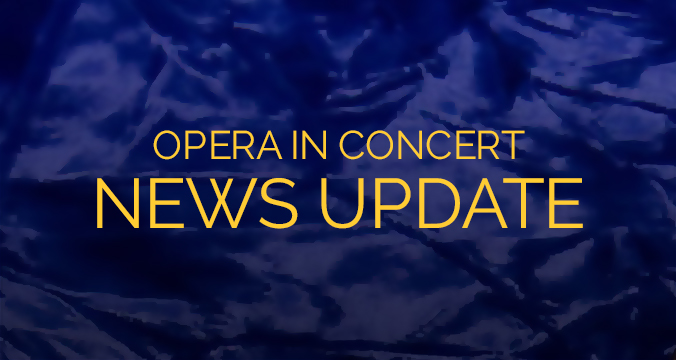 Opera in Concert, Dallas’ newest professional opera organization, opens its second season December 5, 2015 with “The Wonderful World of Operetta” at 8:00 pm in Kurth Hall at the Sammons Center for the Arts.

General Director Heather Ross reported, “We are delighted with the response we have had from the Dallas opera audience in our first season, and enthusiasm is running high for our next concert of operetta favorites from around the world. Somehow we don’t hear enough of this infectious music here in Dallas, so we have tried to gather the best of English, French, Spanish, Viennese and American operetta into one musical travelogue!” Music director and pianist Stephen Dubberly will preside over the performance, joined by former Metropolitan and Dallas Opera baritone Edward Crafts, mezzos Legera Danielides and Charis Peden, soprano Julie Gilbreath, popular guest tenor Johnathan Riesen and zarzuela specialist, soprano Judith Rodriguez.

Edward Crafts also serves as Artistic Director of Opera in Concert, and explained his repertoire selections for this concert, “Everyone has their favorite operetta melodies, and we’ve tried to include some of these, such as waltzes from The Merry Widow and The Pirates of Penzance. But we are also trying to introduce some lesser-known gems; Oscar Straus, Victor Herbert and Sigmund Romberg were amazing tunesmiths, but they need re-introducing to a younger generation. Gilbert & Sullivan’s Ruddigore and Utopia, Ltd. are some of the rarer Savoy operettas, and the delightful Spanish zarzuelas deserve a wider audience here in Texas. We’re ending our concert with the finale from Bernstein’s Candide – a home-grown treat!”

Opera in Concert also raises money to support Texas singers studying in Italy; in the summer of 2015 year we sent three singers from UNT and SMU to Urbino, Italy for a program focusing on intensive Italian language classes and operatic coaching. The singers selected performed in historic Italian theaters, castles and churches. Auditions for 2016 summer scholarships will be held this fall at local universities.

Tickets for the December 5th concert are $15 general admission and $10 for students, available in advance from www.operainconcert.org.