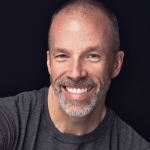 Doug reflects that singing has always been a part of his life. Doug chose a career in professional social work and worked for over 30 years as a Licensed Clinical Social Worker in the States of Utah, Texas, and Hawaii. Singing helped sustain and balance the challenges inherent in serving as a mental health professional in public, non-profit organizations. Doug has counted participation in the Utah Opera and The Dallas Opera choruses, as well as singing roles with Utah Opera and Opera In Concert, as some of his most treasured experiences. He serves as a tenor section leader with The First Presbyterian Church, Dallas. 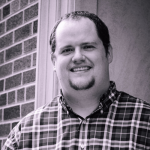 Tenor Matthew Corcoran has thrilled audiences with his clear and powerful voice. Singing repertoire ranging from early and Baroque styles to the most demanding of Romantic and contemporary classical music, Matt has the unique characteristic of having a powerful voice but enough lyricism and control to sing the most intimate of repertoire. Originally hailing from Ipswich, Massachusetts, Matt is now based in the Dallas/Fort-Worth area, where he has performed with The Dallas Symphony, The Dallas Opera, Voces Intimae, and traveled to appear with Boston Lyric Opera, and as a two-time Fellow for The Boston Symphony Orchestra’s Tanglewood Festival. In a new role, during the Covid-19 pandemic, Matt was lucky enough to fulfill a lifelong dream and began to do some voice acting. Matt has voiced anime characters and done background voices for FUNimation as well as Sound Cadence Studios and Okratron 5000 Studios.

Crafts’ North American performing career includes the Metropolitan Opera, New York City Opera, Dallas Opera, Chicago Lyric Opera, Santa Fe Opera, Houston Opera and most other major American companies. In Europe he has been heard in leading roles at opera houses in London, Vienna, Rome, Monte Carlo and Warsaw. Among the highlights of his activity are the world premiere of Leonard Bernstein’s A Quiet Place, which he subsequently recorded with the composer, and performances of Wotan/Wanderer in two complete Ring cycles with Arizona Opera. In concert, he has sung with the Philadelphia Orchestra, the Atlanta Symphony, the Cincinnati May Festival and many others. He has recorded for Deutsche Grammophon, Centaur, Koch International and AC Classics. As a stage director for professional and academic organizations, he has created productions of over 50 operas in the United States, Italy and Korea. He has taught at Peabody Conservatory, Catholic University, the University of Nebraska, Hood College, and at the University of Arkansas at Little Rock. With his wife Heather, Edward founded Opera in Concert in 2014. 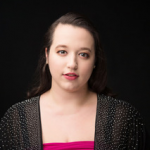 Janine Dworin, mezzo-soprano, is a second-year master’s student studying with Dr. Stephen F. Austin at the University of North Texas. An Austin native, Ms. Dworin completed her Bachelor of Music at the University of Houston Moores School of Music in 2019. Previous roles include Madame de la Haltière (Cendrillon), Estelle Oglethorpe (Later the Same Evening), Orfeo (Orfeo ed Euridice), Zulma (L’italiana in Algeri), Mama McCourt (The Ballad of Baby Doe), Betty Parris (The Crucible), Sandmann (Hänsel und Gretel), Malacorpa (The Inspector), Semraldina (The Love for Three Oranges), and Ms. Copeland (Dinner at Eight). This spring, Ms. Dworin makes her debut as the title role in UNT Opera’s production of Britten’s The Rape of Lucretia. An avid supporter of arts accessibility, Ms. Dworin is committed to inviting new friends into the world of opera — no matter their age. In the 2019-2020 season, Ms. Dworin performed the title role in Houston Grand Opera’s touring production of Strega Nona over 100 times in elementary schools, community centers, and assisted living facilities. In the 2020-2021 season, Ms. Dworin played the dual roles of Jack’s Mom and Giant’s Wife in The Dallas Opera’s COVID-19-friendly “Opera Truck” production of Jack & The Beanstalk. Ms. Dworin is excited to reprise the role this season. 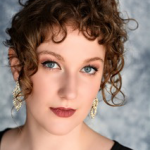 Soprano Megan Koch returns to Fort Worth Opera as a Lesley Resident Artist in the 2021-2022 season, making her mainstage debut in Verdi’s popular work, La Traviata. In the most recent season, she performed a mobile outdoor opera entitled “Manon on the Move” which included excerpts from Massenet’s Manon. She was also a featured soloist with Fort Worth Symphony Orchestra in “America Strong”, which was broadcast on Channel 8 on July 4, 2020. Her numerous opera role credits include Lucia in Lucia di Lammermoor, Donna Elvira in Don Giovanni, Vixen in Cunning Little Vixen, Fiordiligi in Così fan tutte, Pamina in Die Zauberflöte, Alexandra in Regina, and Rose in Street Scene. With FWO she was responsible for Musetta in La bohème and debuted the roles of Mariana and the Grandmother in American composer Joe Illick and Pulitzer Prize-winning librettist Mark Campbell’s family opera Frida Kahlo and The Bravest Girl in the World. Megan was invited to the Czech Republic in 2019 for the premiere of two lost operas by Johann Heinrich Schmelzer for the Olomouc Baroque Festival. A 2019 finalist in the Lewisville Lake Symphony International Voice Competition and the University of North Texas Concerto Competition, she holds the Master of Music Degree and the Graduate Artist Certificate from UNT as well as a Bachelor of Music Education from Illinois Wesleyan University. 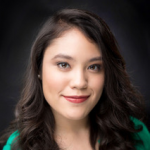 Mezzo-Soprano Kayla Nanto is an emerging artist based in the Dallas-Fort Worth area. She is currently a Studio Artist with Fort Worth Opera and a Performing Artist with The Dallas Opera’s Outreach and Education program. Kayla is a frequent soloist with American Baroque Opera, with whom she recently performed the roles of Second Witch (Dido and Aeneas), Eustazio (Rinaldo), and Fileno (Clori, Tirsi, e Fileno). In the Spring of 2022, Kayla will make her mainstage debut with Fort Worth Opera as Flora in La Traviata. Other recent engagements include Frida Kahlo/Mother in the world-premiere of Frida Kahlo and the Bravest Girl in the World with Fort Worth Opera, Alto Soloist in Messiah with Fort Worth Symphony Orchestra, and Edith in Pirates of Penzance with Loveland Opera Theatre. Kayla holds degrees from University of North Texas (Master of Music) and University of Northern Colorado (Bachelor of Music). 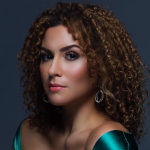 Hailed by Opera News as “blossoming in real time” with “her creamily sung Rosalinde” and in Brooklyn Discovery for her “Truly bravura performance! Generous and ample soprano and strong coloratura,” soprano Haley Sicking has thrilled audiences with her versatile performances in opera, concert, recital, musical theatre and more. Haley’s performances in New York of Rosalinde in Strauss’ Die Fledermaus received great praise and has quickly become one of her signature roles. As a concert soloist, Haley made her Carnegie Hall debut in 2016 in Rutter’s Requiem and the world premiere of Glasgow’s Requiem. Highlights abroad include guest artist appearances all over China and operatic scenes in Guatemala. Haley’s leading roles include Rosalinde in Die Fledermaus, Pamina in Die Zauberflöte; Juliette in Roméo et Juliette; Helena in A Midsummer Night’s Dream; Euridice in Orfeo. A native of Dallas, Texas, Haley holds a Master’s in Music from The Cincinnati Conservatory of Music and a Bachelors in Music from the University of North Texas, where she was awarded the prestigious Winspear Opera Fellowship. 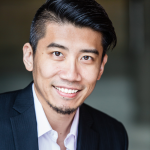 Taiwanese baritone, WeiShu Tsai has been praised for his singing and stage presence as “technical mastery and high-energy, contagious charisma”. His repertoire is large and diverse, ranging from the seventeenth century to the present. Tsai has appeared in various international opera and concert productions with acclaimed orchestras and opera companies. His recent stage engagements including Eisenstein in Die Fledermaus and Papageno in Die Zauberflöte with Dallas Classical Singers, Narrator in Hansel and Gretel with Diversita Opera Arts Company, Dandini in La Cenerentola with Alamo City Opera, Alfio in Cavalleria rusticana and Marullo in Rigoletto with The Louisiana Opera, Sam in Trouble in Tahiti and Doncaïre in Carmen with Spotlight on Opera, and Dottore Grenvil in La Traviata with National Taiwan Symphony Orchestra. During his time at University of North Texas, he was consistently cast in leading roles, including Leporello in Don Giovanni, Enrico in Lucia di Lammermoor, Mercutio in Roméo et Juliette, Spalanzani in Les contes d’Hoffmann, and Doncaïre in Carmen. In Taiwan, Tsai was a member of Taiwan Opera Studio and Taipei Philharmonic Opera Studio, where he portrayed LinBe in The Black Bearded Bible Man with Taiwan Philharmonic, Monterone in Rigoletto and Pinollino in Gianni Schicchi with Taipei Symphony Orchestra, Tony in West Side Story and the eponymous Don Giovanni with Taipei Philharmonic Youth Orchestra, Enrico in Lucia di Lammermoor, Figaro in Il barbiere di Siglivia, and Orson in Too Many Sopranos with Taiwan Opera Studio. Tsai earned the Doctor of Music Arts in Voice Performance from University of North Texas, and Master of Music from Nation Taipei University of Education. He is an active member in OPERA America, National Association of Teachers of Singing (NATS), Texas Music Educator Association (TMEA), College Music Society (CMS), Pi Kappa Lambda National Music Honor Society (PKL), and Association of Vocal Artists of ROC (AVA, Taiwan).

Stephen Dubberly has served on the opera and vocal studies faculties of the College of Music at the University of North Texas for over 20 years, where he has conducted dozens of operas, from Britten’s A Midsummer Night’s Dream to Gounod’s Faust and Strauss’ Die Fledermaus to Weill’s Street Scene. In the United States, he has conducted for Opera Theatre of Saint Louis, Fort Worth Opera, Des Moines Metro Opera, Knoxville Opera, San Antonio Opera, Opera in the Ozarks, Abilene Opera, Utah Lyric Opera and many others. From 2000 to 2011, he conducted yearly opera productions at Amarillo Opera, including Don Giovanni, Rigoletto, Falstaff, La Boheme and Carmen. In Europe he has appeared at the Teatro Goldoni in Venice, Italy and at the Teatro Accademico in Castelfranco, Italy. Stephen began his music training in Montevideo, Uruguay and later studied at Yale University, receiving Master of Music and Doctor of Musical Arts degrees. This concert marks his first appearance as Artistic Director, in addition to his many performances as pianist and Music Director with Opera in Concert. He has also served as Music Director of Opera in Concert in Italy in 2016, 2017 and 2019, and looks forward to resuming this role, when more international travel resumes. 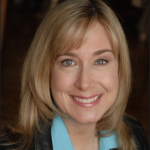 Helen Dewey Reikofski has a background in theatre and music as a designer, director, stage manager, and performer. Helen has been an adjunct professor for UNT Theater and Dance, UNT College of Music, University of Northern Michigan, and Texas Tech University. Her focus for her Masters of Art in Drama was “Body of Work: From Shakespeare to Sondheim” and her dissertation for the Doctor of Musical Arts in Vocal Performance was “Singing in English in the 21st Century.” As the newest addition to the management team of Opera in Concert, she is grateful for the opportunity to work with Heather Ross, Edward Crafts and Stephen Dubberly, and these talented singers.